To get started with React Native project you have to install some tools, dependencies and applications as follows:

You will need Node, Watchman, the React Native command line interface, Xcode and Android Studio to run the app in iOS and Android simulators:

1. How to install Node and Watchman:

To install node and watchman , run below commands respectively in your terminal:

To install the React Native command line utility, run the below command in your terminal:

3. How to install Xcode:

You can install Xcode via the Mac App Store. By installing Xcode, will also install the iOS Simulator and all necessary tools to build your iOS app. To download Xcode click here​

4. How to install Android Studio:

5. How to install the Node Package Manager (NPM) in the project folder:

You have to go the main files folder and install the NPM as follows :

Once you are in the folder, install the NPM by running the following command and using sudo :

Upon completing all above steps, you will be able to build the app in iOS or Android simulator. Details about how to build the app for iOS and Android is mentioned in upcoming sections of this documentation. 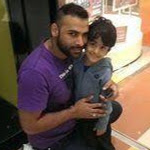